Gentle, quintessential Englishman is what the mild mannered extrovert salaryman Tim Ten Yen would place on the plaque of his office door in his own unique order of definition. If you cross a suit, with off-shore pirate pop radio, performance art and what the Flight Of The Conchords would be if they took their tongue out of their cheek is what Tim Ten Yen whirls up into one rare and unique treat: a singing salaryman at your front door and not selling anything but charm.

Only one man like this dresses straight from work in his smart suit to the studio to provide for his Karaoke Pop generation. "Karaoke Pop music [with a capital 'K' and 'P'] has a genuine heart to it," Mr Yen explains, "It's not dispensable, it's essential. Karaoke Pop doesn't sound quite like anything that's come before it. And the fruits of his industrious labour and whimsical brainwaves have moulded together for a musical trip down a yellow brick road of tins for drums and straw for guitar strings.

If albums were briefcases full of Palm Trees and Cocktails Tim Ten Yen would have his own mobile mini bar and microphone to open up at meetings and parties in place of Power Point projector screens and mini Hi Fi systems. Mr. Yen's gloriously sun drenched debut album 'Everything Beautiful Reminds Me Of You' takes you straight out of those sweaty Underground Rat Race experiences and poor excuses for English summers and bounces straight into his ransacking chart hit 'Girl Number One'. Soft almost futuristic twinklings lay on top of Latino laden riffs with racing piano keys which run you away down picturesque sand dunes whilst singing along to contagious rhymes and float away choruses. There's nothing more comforting than xylophones that beat along to your own rhythm and 'M.O.R.' is a daytime pleaser that Richard & Judy and Fern & Phil would be dancing on docks to in each other's arms and with Slash-esque solos and guitar riffs there's a bit of air guitar action to keep you rocking. Almost floating cosmic steel drums glide across 'Sea Anemone' in this Karaoke corker which has a melodic 70's resonance that could woo Barbarella down to just her laser gun. And if you thought the smiles couldn't get any wider and the arms reaching any higher Tim Ten Yen's future smash single 'Runaround Getaround' straps the mic firmly to your vocal chords for the power pop single. Bouncing you along like cloud-covered karaoke sing-along bars, the album finishes off with 'Your Love' a scenery provoking sign off setting you on your way to a day of 3-piece suit pop paradise.

Tim Ten Yen is a performer and writer first and pop star for all, and along with his animatronic cat which sits on top of his trusty tiny keyboard his masterful live shows have wooed and baffled the crowds of the London Underground to Leeds festival to Iceland and beyond. Popping all that is good in lip synching lyrics, hop skotch bouncing bass and a sing-alongs the navy would be proud of on shore leave the 11 tracks of pop pleasure please the inner flamboyance in every hidden suit and career girl's restraints. Artist Releases 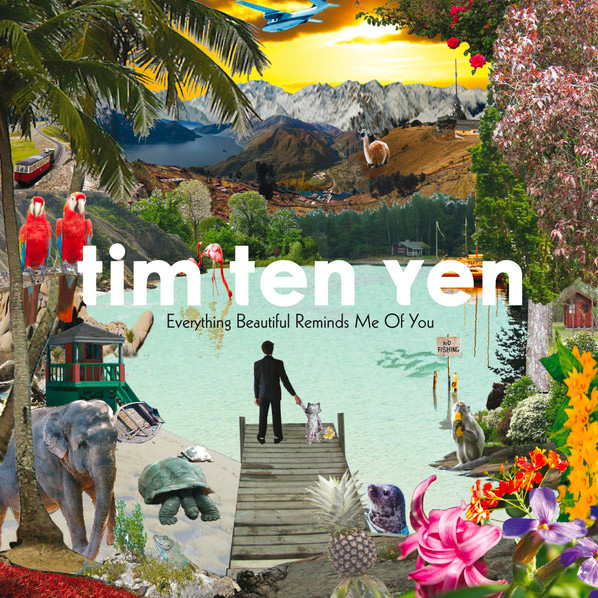